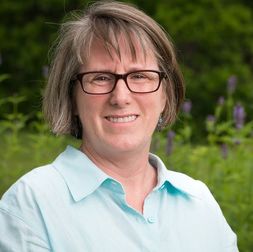 Dr. Robin Buell is a MSU Foundation Professor who joined the Plant Biology Department at Michigan State University in 2007 after nine years at The Institute for Genomic Research. Dr. Buell studies plant genome sequences and deciphers the genomes of their pathogens. She has published extensively and has projects examining genetic diversity in crop species for food, feed, fodder and biofuels including: rice, potatoes, switchgrass and sweet potatoes. More recently, Dr. Robin Buell is the leader of a $5.1 million National Science Foundation grant to explore the chemical diversity in mints, the world’s sixth-largest family of flowering plants. Her research could lead to the development of synthetic molecules for new uses, such as medicines, foods and fragrances.
​For more information on Dr. Buell and her research visit her website: http://buell-lab.plantbiology.msu.edu/index.shtml
2015 Keynote Speaker: Judi Brown Clarke, Ph.D
In addition to academic success, Judi has experienced great athletic success. In the 400-Meter Hurdles event, she is a five-time National Champion and silver medalist in the 1984 Olympic Games in Los Angeles, California. She has held numerous national records, and still owns an unbroken World Record as a member of the distance medley relay team. She is a member of the Michigan Sports Hall of Fame, Michigan State University Hall of Fame, and was named as one of the “Athletes of the Year,” specifically “1987 Sportswoman of the Year” by Sports Illustrated magazine. Judi has been honored to carry the Olympic torch on its tour across America. She is the President U.S. Olympic Association: Michigan Chapter; member of U.S. Olympic Committee’s Diversity Workgroup; and member of U.S. Olympic Committee’s Paralympian Engagement Taskforce.

Judi is a wife (Judge Hugh Clarke) and mother of three boys (Dorian, Mychael, and Antonio). She has completed fellowships with the National Children’s Defense Fund; Zero to Three: National Center for Infants, Toddlers, and their Families; and the Michigan Education Policy Fellowship Program. She is a Sunday school teacher at St. Paul’s Episcopal Church of Lansing, and is very active in her community:Judi has an unquenchable thirst for knowledge…
﻿﻿2014 Keynote Speaker: ﻿Felicia Wu ~ The Woman Scholar and Warrior: Empowering Mind, Body, and ﻿﻿Spirit﻿﻿﻿﻿﻿ 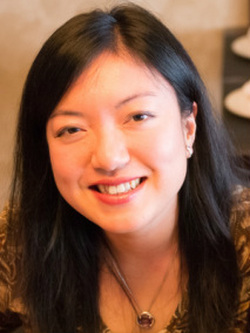 Felicia Wu is the John A. Hannah Distinguished Professor of Food Science and Human Nutrition at Michigan State University.  Her work focuses on improving food safety, both in the United States and in less developed countries worldwide, with a focus on Africa and Asia.  She develops mathematical models to show how food safety regulations affect how nations trade food with each other, and how food contaminants are spread around the world.  She focuses on toxins produced by molds that grow on food, and the health problems they cause - cancer, and impairment of child growth.  Dr. Wu received her PhD from Carnegie Mellon University, and her bachelor's and master's degrees from Harvard University.